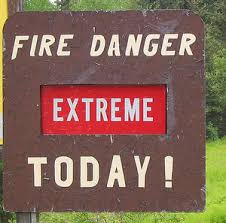 The Warning of the Qur'ân
"O you who believe! Save yourselves and your families from the fire.."(Quran-Surah 66 -6)

An Earnest Appeal to Parents

The post exam is a period of care-free relaxation and indulgence. It is the common practice of students during this interim to indulge in frivolous pursuits not to mention haraam and abominable actions. It is un-Islamic to get involved in those activities which attract the wrath of Allah. It is extreme foolishness and utter dimwittedness to indulge in things which Allah has, explicitly through the Qur'aan Majeed and Nabi sallallahu alayhi wasallam, forbade us from.

It is the objective of shaytaan, the accursed, to deviate the Muslimeen from the obedience of Allah and Nabi sallallahu alayhi wasallam, by means of false promises and the notion that such - and - such an activity is wide-spread and therefore acceptable. 0 parents, take heed of the warning given by Allah and inculcate this awareness in our youth, for whom Allah has made us responsible.

Parents, Are you Prepared to see your Beloved Burning ?
If a child is set alight, flailing his arms and screaming in agony, will any respected human being, forget a parent, be able to witness such horror without it affecting the heart and forcing the body into action, to extinguish such fire? It is not possible for any person to be a passive spectator in such an event. Therefore, how is it possible for us as parents to allow our children to engage in activities which only paves the way to ultimate destruction, i.e. Jahannam, not to mention, the Jahannam we light in our hearts right here in this earthly life when we suddenly realize that our dear children have become involved in some destructive addiction or haraam relationship. By then it is too late. Let us act now and secure our youths future.

Parents! Allah's commandments are being broken without any fear of causing the anger of Allah, thus leading them to the fire of Jahannam. What are we doing to save our dear and beloved ones?A man's daughter, sister and wife are all over the world held in very high esteem by the family members, and as such, regarded sacred, so much so that if a stranger happens to molest them, it is almost synonymous to death to the families of these people. History bears witness to the fact that, in order to preserve one's honour and dignity, a dignified person leaves no stone unturned even if he has to spend every cent he possesses to achieve this end. Today, despite widespread permissiveness, this inherent attitude in man still prevails very strongly, yet we Muslims show indifference and continue recklessly along the path of degradation and destruction. History bears witness that no nation on the earth was able to retain its power, glory and strength when it chose to disregard the law of Allah that governed it. Obedience to and respect for the law of Allah is the only means wherewith a nation can retain its dignity, power and glory. Flagrant disobedience of Allah's law leads to certain destruction. Shall we then go on to aid and abet the un-Islamic order of society and way of life, and thereby cause Muslims to be annihilated?

On the other hand, every Islamically respectful manner and dignified attitude has been abandoned and jettisoned by Muslims countrywide. It is hurtful and repugnant to see that Muslims regard permissiveness and everything that Allah abhors as lawful and dignified, thus inviting the wrath and anger of Allah.They care not, and remain unmindful of crossing the boundaries set out by Allah for the preservation of human dignity and instead they indulge freely and willfully in the taking of intoxicants which is declared by Allah to be the storehouse and mother of all sins, which are abominable to Allah.

Some Despicable Activities commonly engaged in by the Youth:

2.  Time being spent at evil places

3.  Associating with friends who have evil habits

7.  Cellphone/mobile/internet chatrooms [such as Mix it etc]

8.  Returning home in the early parts of the morning[especially during christmas and new years eve]

Ø      Do not send them to school after exams unless proper control and supervsion is present.

Ø      To keep them busy.Explore contructive deeni ways to keep them occupied.

Ø      Females to participate in taleemi programmes and da'wah activities held in the neighbourhood.

Ø      Males to participate in volunteer work e.g. any Islamic activities supported and supervised by Ulema.

Ø      And if your children wish to go on any outings then accompany them to such places, if such places are Islamically acceptable, otherwise prohibit them from going.

Ø      Try and engage in ISLAMIC ACTIVITIES like memorization of Qur'an and the Zikr of Allah.

Ø      Ensure punctuality in Prayers at its FIXED times.

*SPEND AS MUCH TIME AS POSSIBLE WITH YOUR KIDS!!!!!...There is NO substitute to Parental Guidance & Supervision!!!!

IMPORTANT: Don't forget to ask Allah for Protection & Help as Nothing can be achieved without the help of Allah!

The Messenger of Allah Muhammad Salla Allahu ta'ala 'alayhi wa Sallam has informed us that the Dua of a father in favour of his child is definitely accepted by Allah! (Timidhi, Ibne Majah)-Hadith