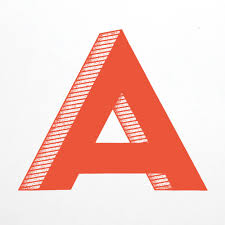 It had been a long two weeks thought Taheera as she stole a moment to gulp down her now lukewarm tea. Yes, it had been two long weeks of covering books, sharpening pencils and struggling to make up sets of pencil colours from leftovers of last year. Getting the kids back to school had been no easy task and she had heard all the stories about school and about the learner who was adamant about working on the floor because her teacher insisted that they do their math without tables; and of the new teacher who marched into the classroom determined to establish his authority, and after banging his books on the desk demanded, "Will all the idiots in this class please stand up!"

After a painfully long silence young Abdool stood up at the back of the class and the teacher said, "Yes young man! Tell us why you think you are an idiot!"

The young man shifted his toppee(hat) nervously and in a near whisper replied, "I don't think I am an idiot, Sir. But I felt bad that you were the only one standing"

She had just put away the last of the dishes when she heard her son at the door. Patting down her greying hair and removing her apron she waited for him to come rushing in as he always did.

"Salaams Ma. Howzit!" he shouted as bounded into the kitchen dropping his heavy school bag at the door. "What's to eat? I'm very starved"

"Wa Alaikum wasalaam. When are you going to learn to say the full salaam. All you young people..."

Taheera smiled broadly and replied, "I think you should get eight A's"

"But Ma, I am only doing seven subjects." he said, a quizzical frown creased his forehead. "How can I ever get eight A's. I think the heat of the kitchen is frying your brain, Ma."

She paused for a while, set down the plate of steaming rice before him and said, "In fact, I think you should just get one A. Yes, just one A is enough"

Confused, he ignored his food and stared at his mother, "Ma, you not making sense. What good is one A? And in which subject – Maths, Science, English....no, Ma you really not making sense."

Taheera busied herself with dishing out aromatic curry saying nothing. She moved confidently in the kitchen pleased that she could offer her children a freshly cooked lunch every day. She wiped her hands on the kitchen towel and sat down close to her son.

"You see, my son," she began in her soft voice, "I don't want you to get an A in any subject. Not maths, Science, English or....even accounting."

Yusuf tilted his head in confusion and began to say something, before he could collect his words, she continued, "The A I really want you to get is Allah. If you have Allah throughout your life then you have everything. But if you have all the qualifications, all the letters of the alphabet behind your name...LLB, BA, BSc, PhD, you name it; but you don't have Allah then you have lost out. Not only in the Hereafter, but in this world too. Because," she paused to take a sip of water and waited for her words to sink in before she continued,

Yusuf shuffled his food around his plate as he stared at his mother with tearful eyes.

"So if you have just this one A you have everything. And Allah will carry you in the difficult times and guide you in the happy times."

Taheera reached for her son's hand and held it tightly. He stood up, his tall lanky frame towering over her and bent low to place a gentle kiss on her forehead, whispering, "Ma, you're a genius."