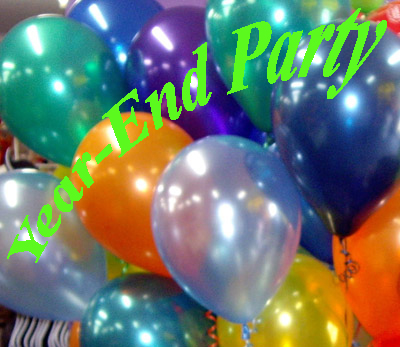 Sharifa gazed at herself in mirror as she applied the final touches of make-up. A highly qualified Chartered Accountant, she remarkably climbed the corporate ladder in just a few years. She surely wanted her presence felt at her Company's Year-End Function. After all the CEO was flying in from the USA and she was to be seated right next to the local MD Mr William Cook.

The night had arrived and she wanted to be sure to shed her old title of being too "conservative and anti-social" as it tendered to hinder her career. That was precisely the reason she stopped donning her hijab(scarf) a few months ago. She felt that it impeded her progress. Tonight she was going to let her hair down!

She arrived in her latest BMW coupe scantly dressed turning heads,eyes and noses as she made her way to the function hall. Her perfume could be smelt a mile away. It was a night of glitz and glamour with many prominent socialites present.

Seated next to the MD Mr William Cook she listened attentively to some of the pre-party speeches, and the comedians were really hilarious. As William went to the podium to deliver his speech she gave him a supportive hug. Then there were moments of light entertainment before the actual bash kicked-off. William had been consuming alcohol and offered Sharifa a drink. She smiled and politely declined. Being brought up in a religious and conservative Muslim home she knew alcohol was a no no!

Sharifa was climbing the corporate ladder really fast and wanted to reach the top, irrespective of the cost. She was passionate about her career. It came well before her husband, baby and religion. Her baby was in a day care centre. Being at the top was her clear ambition. It was William's approval and signature that she urgently needed to move to the next tier.

A party atmosphere erupted in the room and the music blared out causing even the spoons to vibrate. William was soon completely inebriated and started loosing himself. William offered Sharifa a drink of wine. She thought for a moment and said to herself "its just a one glass and it will definitely not make me drunk and to refuse will be indeed so anti-social." She took the tall wine glass smiled and slowly sipped as the party fever raged.

It was now close to midnight. She faintly heard her mobile ring. Over 7 missed calls from her husband. She honestly thought she will call back when things are a bit more quiet and relaxed. Her husband, as was now a custom, stayed at home to look after their cute little baby Fatima. He never really approved of attending parties, not that Sharifa cared.

William insisted that she have a little more. She responded "ok just a little more", can't do much harm she thought. Being a teetotaller, in a short while the wine completely intoxicated her…she now lost control of herself and behaved like a party animal responding to William's passionate and intimate moves…

Soon they were on their way to William's car where he promised her the most memorable romantic moonlight drive. He stopped the car at a nearby park where he made very intimate passes and touched her at places she knew was so incorrect. She was now a bit more sober and began to realise her folly. As he tried to kiss her passionately she pushed him away. He was deeply angered and drunk and in a fit of fury, started the car, driving recklessly like a maniac. He now appeared to be the devil incarnate. Swearing and cursing her. He failed to stop at the traffic lights..she begged him, implored him to slow down but he became more rebellious and aggressive. Reeking of alcohol he now drove even faster. He had no control over the car and himself. She began to cry…

He swerved into the opposite lane and there was a huge bang… there were definitely two cars involved…it seemed the world had come to an end…she heard voices.

It was now well passed midnight. Good Samaritans ushered around them trying to pull them from the wreck. She heard one saying, " Oh no in the other car the driver is crushed to death!"

Than came the sound of sirens. Breathing became difficult. The fire fighters and paramedics huddled around her and frantically applied device after device. 'She's not not gonna make it,' she heard one of them saying. Her heart started pounding. She was soaked in sweat and blood. William lay motionless beside her, his head crushed.

Her voice uttered some feint words of regret as she was mounted onto a stretcher waiting to be loaded into the ambulance. She so regretted but there was no way the damage could be undone.

For a moment her eye caught a final glimpse of the other car in the crash. It was her hubby's car crushed…and beside it laid his dead body. She heard an emergency service worker screaming, "we still need to remove the baby from the wreck". She was quite sure, due to his caring nature he was so worried as she did not answer her mobile and came to see if she was indeed ok.

She shrieked and wailed, "Oh Allah what have I done?"…her mouth smelling of wine and her body stained in blood she gasped and breathed her last…

The lessons to be learned are so many but most important of all is, to live in this world as if you are going to die today!

It's better to be tagged "anti-social" and "nerd" than allow our colleagues, ambitions and careers to sway us into such deeds that will destroy and harm us and our families both in this temporary world and the everlasting life of the hereafter.

The Fear of Allah and good conduct leads to Endless Hope…

Sin and vice leads to a Hopeless End!