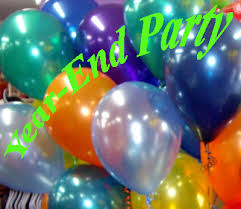 (By Year End Parties/Functions specific reference is being made to Functions that include alcohol, music, merry making, free and lustful intermingling of sexes and dancing.)

It's approaching that time of year when people at the workplace forget about the rules in their need to hold parties and year end functions to let off steam. Besides the Islamic repugnance for such gatherings, it is common knowledge that such parties are misused as an excuse to go beyond what company rules and the law allows.

Due to the relaxed atmosphere created by the social nature of the event, music and alcohol, employees and management alike often make the mistake of behaving in ways that they would not do during normal working hours. This they do for many reasons including the mistaken beliefs that: Such behaviour is normal at parties; nobody will mind because it is year-end; people are more tolerant at parties; I can just say 'I meant it as a joke'; The party is outside working hours and/or away from the office so the rules don't apply; on Monday nobody will remember what I did.

There maybe "some pressure" from management to attend. Be mindful that there is no obedience in disobedience! In other words to comply with management and disobey Allah is extremely unwise. To uphold your Islam will not bring you disgrace. Rather be classified as "anti-social" than ever incur the wrath of Allah. Allah will NEVER disappoint you so long as you are true and faithful.

If you "have to" or "want to" attend, be particular of not transgressing the Laws of Sharia. For those who are going to attend we have the following suggestions:

·         Well ahead of time inform the organisers about your halaal dietary requirements. According to hadith that flesh that is nourished by haraam is destined for the Fire of Hell. If in doubt abstain. Moderation is key. You can always eat and drink at home.

·         Dress Islamically. Your dress is your protective armour. The function is still a business function, so conservative dressing is a good choice. Many functions have themes. Be mindful of your deeni obligations.

·         Do remember that although office parties are intended as social events to reward employees and raise morale, they remain strictly business events. Do act as though your behaviour is being observed every minute (because it is!).

·         Do conduct yourself professionally at all times. Don't use the office function as an excuse to blow off steam. It's still a company function, so proper etiquette and decorum matter.

·         Be in a state of wudhu(preferably). We are thought according to hadith that Whudu is a weapon and protection for a Muslim.

·          Perfume: A hadith states, The woman who perfumes herself and passes through a gathering is an adulteress. (Hadith_Abu Daoud and al-Tirmidhi)

·         Do keep your hands to yourself. Don't flirt, and do avoid any other inappropriate behaviour. The office function is not the time to end your career with the company by doing something inappropriate or haraam.(prohibited).

·         Don't spend all evening talking business. You'll forever have the label as the office bore. Rather steer your discussion in a constructive way. Remember that you are an ambassador of Allah! If possible bring in Deen by talking about the beautiful aspects and wisdom of ISLAM!

·         Salaah( Prayer)- Don't miss your Salaah or even make it Qadha. Allah  says: "Then woe to those prayer performers. Who are heedless of their prayers (Qura'n Part 30, Surah Ma-oon, verse 4-5). According to hadith:"Prayer is a pillar of faith. Whoever abandons it has destroyed his faith." (Baihiqi)

·         Make Dhikr.Any gathering in which Allah and His Noble Messenger (peace be upon him) are not remembered is accursed according to hadith.

·         Do keep all conversations positive and upbeat. Don't spend the evening complaining, bragging, correcting, whining, or ridiculing. And do avoid controversial subjects (such as, politics, etc.) and off-colour jokes.

·         Don't monopolize conversations and, especially, don't talk about yourself or your accomplishments all the time.

·         Do show interest in others. Do be gracious and thank co workers and team members for all their help and hard work during the past year. And don't even think about gossiping about others. Prophet Muhammad(peace be upon him) said : "Who protects his tongue from unlawful utterances and his private parts from illegal sexual intercourse, I shall guarantee him entrance into Paradise." (Hadith-Bukhari and Muslim)

·         Avoid touching the opposite sex. The Messenger of Allah (peace be on him) said, It is better for one of you to be pricked in the head with an iron pick than to touch a woman whom it is unlawful to touch ( Hadith al-Tabarani and al-Bayhaqi)

·         Sit when eating and drinking: It is indeed a great sunnah of the Messenger of Allah (peace be upon him) .

·         Do take the time to network and schmooze with people at the function who can influence your career or who you may not see regularly, such as top management, people from other departments, and employees from other locations. You can begin building or strengthening business relationships, so do introduce yourself and build your network.

·         Don't forget to thank the person responsible for making necessary  arrangements for halaal food. And do consider sending a thank-you note to top management for accommodating you as a Muslim.

·         Alchohol: The Messenger of Allah (peace be upon him) said: "...don't drink wine for it is the key to every evil." He (pbuh) also said, "Every intoxicant is Khamr and every intoxicant is forbidden. He who drinks wine in this world and dies while he is addicted to it, not having repented, will not be given a drink in the Hereafter." (Hadith Muslim)

"There will appear people in my Ummah, who will hold adultery, silk(for men), alcohol and musical instruments to be lawful" (Sahih al-Bukhari)

"Music makes hypocrisy grow in the heart as water cause plants to grow" (Sunan al-Bayhaqi).

·         Adultry: Islam totally forbids adultery and also those things that lead to it. Allah Most High says:"And do not come near to adultery, for it is a shameful deed and an evil, opening the road (to other evils)" (al-Isra, 32).The Messenger of Allah (Allah bless him & give him peace) is reported to have said:  "Whenever a man is alone with a woman the Devil makes a third." (Hadith Tirmidhi)

PLEASE NOTE: We do not condone, encourage or support unislamic practises of year-end parties or functions. These functions are latent and synonymous with many practises that are at variance with the Laws of Allah.