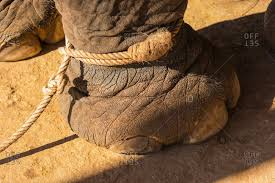 Very often our past learning experiences inhibit our development and growth. We sometimes are so discouraged by setbacks in life that we don't explore new avenues of progress. One of the secrets of success is that we should not fear failures. Remember that "failure" is NOT the opposite of "success", it is part of!

Whilst failure and success seem to be two separate concepts that may appear to contradict each other, they are actually to be seen as two sides of the same coin and thus complimenting each other.  Often it is said that you will never really taste the sweetness of success until you've tasted the bitterness of failure.

No doubt failure is a reality but Allah Ta'ala has granted each of us amazing and enormous potential to achieve and progress through the challenges of life provided we try and work hard at achieving.

Allah, The Most Wise, admonishes us: "and that man can only have that for which he makes effort." (Quran:Surah al-Najm, 53:39)

We cannot change a divine decree but that does not mean we should become hopeless in life after some deterrent. We have to keep trying hard and working as well as praying and trusting in Allah Ta'ala.

"And my success cannot come from any source besides Allah.  I have put my trust in Him." (Quran 11:88)

As a man was passing the elephants, he suddenly stopped, confused by the fact that these huge creatures were being held by only a small rope tied to their front leg. No chains, no cages. It was obvious that the elephants could, at anytime, break away from their bonds but for some reason, they did not.

He saw a trainer nearby and asked why these animals just stood there and made no attempt to get away. "Well," trainer said, "when they are very young and much smaller we use the same size rope to tie them and, at that age, it's enough to hold them. As they grow up, they are conditioned to believe they cannot break away. They believe the rope can still hold them, so they never try to break free."

The man was amazed. These animals could at any time break free from their bonds but because they believed they couldn't, they were stuck right where they were.

Like the elephants, how many of us go through life hanging onto a belief that we cannot do something, simply because we failed at it once before?

Failure is part of learning; we should never give up the struggle in life. The Noble Messenger of Allah, Muhammad (peace be upon him) was an orphan, "unlettered", meager means, tortured and persecuted and yet never gave up in his efforts and struggle to achieve.  Muhamamd (peace be upon him) reached such heights unparalleled in the history of humanity.

So the next time you encounter any hurdle, remember "The Elephant's Rope".