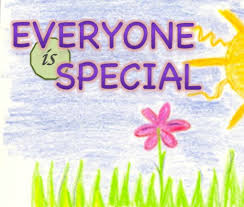 "And lower your wing for the believers (be courteous to the fellow believers)". Qur'an-(15:88)

A Sheikh started off his lecture by holding up a R200 note (two hundred South African rand bill) note. In the Masjid filled with about 500 people, he asked, "Who would like this R200 note?"

He said, "I am going to give this R200 note to one of you but first, let me do this." He proceeded to crumple the money up.

He then asked, "Who still wants it?"

Still the hands were up in the air.

"Well," he replied, "What if I do this?" And he dropped it on the ground and started to grind it into the floor with his feet.

He picked it up, now all crumpled, slightly worn out and a bit dirty. "Now who still wants it?" Still the hands went into the air.

"My friends, you have all learned a very valuable lesson. No matter what I did to the money, you still wanted it because it did not decrease in value. It was still worth R200.

Many times in our lives, we are dropped, crumpled, and ground into the dirt by the decisions we make, circumstances that come our way and by what others harmfully inflict upon us.

We feel as though we are worthless. But no matter what has happened or what will happen, you will never lose your value. Allah has made you special - Don't ever forget it!

Value what Allah has given us, treasure every person and do not look down upon anyone!

"The believers in their mutual kindness, compassion and sympathy are just like one body. When one of the limbs suffers, the whole body responds to it with wakefulness and fever" He (PBUH) illustrated this by interlacing the fingers of both his hands.
[Al-Bukhari and Muslim].