7 Tips for a Rich Spiritual Experience in Ramadan 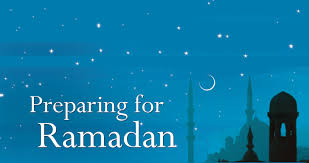 Fasting is basically meant to whet one's resolve and to help a Muslim overcome his/her desires and curb his/her wild wants. It is a revolution against human appetite with the aim of unshackling the soul to soar to the realms of spirituality, and thus purging the heart to be ready to attain the peaks of Taqwa and fearing Allah. Allah says:


{O you who believe! Fasting is prescribed for you as it has been prescribed for those before you, so that you may attain taqwa (ward off evil).} (Al-Baqarah 2:183)


This is the essence of Ramadan; a valuable opportunity to come closer to Allah.


For a true believer, all months are seasons of worship and all his lifetime is a journey toward the pleasure of his Lord. But in Ramadan, he should be more active and his heart more inclined toward his Lord. The Almighty Allah bestows His favor on Muslims in this month by multiplying the reward of good deeds, opening the gates of Paradise, closing the gates of Hellfire, and chaining the devils. This means that the atmosphere is helpful and encouraging and that a Muslim has no excuse. Therefore, Prophet Muhammad (peace and blessings be upon him) gave his amen to the invocation of ruin made by Gabriel against the one who passes the month of Ramadan without having his sins forgiven.


A real preparation means to make serious a plan as to how to make maximum use of every minute of this blessed month. In general, one needs to do as much good deeds as possible and to refrain from sinful deeds. Here are some helpful suggestions in this regard:

Hence, before Ramadan, one has to turn in penitence to his Lord quitting sins with sincere remorse and firm resolve not to commit them again, particularly the sins one is addicted to. This serves as a preparatory declaration of the readiness of the heart to accept the illuminations of Ramadan.


2. A Muslim needs to have a real feeling of rejoice for the reception of this blessed month which brings him closer to his Lord. The Almighty Allah says,


This feeling is necessary to aspire for a better condition of soul and heart before the onset of the month. The help of Allah must be sought in this regard and one has to pray earnestly to Allah to guide him to act righteously and accept such good deeds.


3. In preparation for the fasting experience, one should train himself by fasting in the preceding month of Sha`ban. Usamah ibn Zay is reported to have said:


I said, "O the Messenger of Allah, I have not seen you observe fasting in a month as much as you do in Sha`ban."


The Prophet answered, "This is a month between Rajab and Ramadan that people are unmindful of, though it is the month when deeds are submitted to Allah and I like to have my deeds submitted while I am fasting." (An-Nisa'i and authenticated by Al-Albani)


This prepares the soul for the fulfillment of the obligation in the proper way just like a recommendable Prayer that a Muslim performs before the obligatory one.

4. Ramadan is the month when the Qur'an was first sent down, which explains the special relation between Ramadan and the Qur'an. The Qur'an is meant to be a way of life and hence Muslims need to be in constant connection with it in letter and spirit. The Quran has a matchless impact on hearts as the Almighty Allah says,


{It is Allah who has sent down [this Qur'an as] the fairest [of all] discourse. It is a Book [of] cohering [beauty, command, and consistency], oft-repeated.


At [the recitation of its forewarning,] the skins of those who venerate their Lord shiver.


Then their skins and their hearts soften at the remembrance of Allah.


Such is the guidance of Allah! He guides with it whomever He so wills. And whomever Allah leaves to stray, no guide shall there ever be for him.} (Az-Zumar 39:23)


Therefore, it is necessary to rebuild our relation with the Quran before and during Ramadan.


5. A Muslim also should make sure not to waste his time, particularly in Ramadan, in gatherings of gossip, backbiting, and false talks as many Muslims do. The Messenger of Allah (peace and blessings be upon him) said,


"Whoever does not give up false speech and acting upon it, Allah has no need of his giving up food and drink". (Al-Bukhari)


In fact, all sins affect fasting negatively; nevertheless, unfortunately many Muslims refrain from food and drink that are originally lawful and violate the sanctity of fasting by engaging in sinful activities to kill time such as watching movies and other useless, sometimes even ethically detrimental, TV programs.


A Muslim ought to safeguard all his faculties of hearing, seeing, and speaking from prohibited activities. Scholars are in agreement that such sinful acts eat up the reward of fasting. Even a group of scholars maintain that sins invalidate fasting.


6. One more important thing is that a Muslim should take care not to fill his stomach when breaking his fast, for such gluttony does away with the spirituality of fasting and restrengthens the desires that fasting has subdued. It also makes the person feel too lazy to serve in worship.


Even if such a person attends the congregation of Night Prayer, he will be inattentive to the recitation of the Qur'an and will feel uneasy with long recitation and thus will try to find a way to finish quickly to get rid of that heavy duty. This way of thinking and conduct will never enable a Muslim to benefit from fasting and Prayer.


7. A very helpful aspect also is to take part in philanthropic activities. Ibn `Abbas is reported to have said that the Messenger of Allah (peace and blessings be upon him) was the most generous of all people and was most generous in Ramadan when Gabriel met him. Charity is not the only philanthropic activity. One may cooperate with others in social activities for the prosperity of their community. Teaching Islamic instructions and how to recite the Qur'an is also very rewardable.


These preparatory procedures and the like are meant to soften the heart, which is necessary to benefit from Ramadan and eventually achieve the desired target that all should vie for; namely, Taqwa or Allah-fearing.
Posted by E ISLAM at 11:34 PM