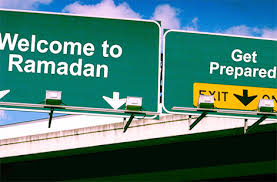 "Am I ready? You really asking me... am I ready!" exclaimed Farida, her boisterous voice filling the kitchen.

She hastily dusted her hands on her well-worn apron, scattering little foggy clouds of flour around her and grabbed Aneesa's wrist, her plump hand going almost twice around the young girls' wrist.

"Come, come! Let me show you how ready I am," she boomed, half dragging the delicate Aneesa out of the kitchen in to what was once a balcony now converted to accommodate two large freezers. Farida triumphantly opened the doors to a freezer stacked with plastic containers, all neatly labeled.

"See, my child, I am so ready. There we go – samoosas… chicken, mutton, vegetable, jalapeno and even tuna samoosas. And then, I have kebabs, spring-rolls and moons….vegetable and potato cutlets…pies of every kind. This time I'm ready!"

She ceremoniously closed the doors of the freezers, puzzled by the unimpressed look on Aneesa's face.

"Er…aunty," began Aneesa feebly, rubbing her wrist, "That's not what I meant…"

"I know," said Farida, who reached out for Aneesa's wrists, but they were cautiously tucked away behind her back, "You want to see what else I got….."

"Come, come," she said, rushing back into the kitchen to the corner where another tall freezer hummed noisily. Whipping open the doors, she announced, "Chicken corn soup, vegetable soup, haleem (soup), pizzas, marinated chicken fillets …..you name it my darling, and I have it all ready"

Farida didn't hear her niece's protestations about that's not what she meant, she continued: "You remember that dua you taught me…remember?"

"Allahuma baarik lana fi Rajab, wa Shabaan,wa  balligna Ramadaan(Oh Allah bless in Rajab and Sha'baan and allow to reach Ramadaan), see I know it so well. I recited it all the time and Allah Ta'ala gave me sooo much Barakah (Blrssings)," she said, stretching her chubby arms out wide, "and I got all this done."

"Last year was just too terrible," Farida lamented, tucking a few stray greying strands of hair under her scarf, "In the last ten days of Ramadaan we were out of samoosas and chicken pies, and my poor Yusuf had to do without his favourites. But not this year! This time I'm so ready for Ramadaan."

Exasperated Aneesa held her aunt's hefty hand in both her palms and said firmly, "No, no aunty….that's not what I meant!"

Farida looked at her baffled and confused. Scratching her head she whispered, "Then what? What else is there to be ready for Ramadaan?"

"Yourself? Myself? How do I prepare myself for Ramadaan?"

"Have you thought about how much Qur'an would you read each day, or how much time will you spend making dua, or how will you plan your days?" Aneesa asked.

Farida looked at her sheepishly and popped a freshly fried Bhajia(chilli bite) into her mouth, "No, not really…I'm so busy with all this that I don't even have time to think about that."

"This is the real preparation of Ramadaan!" Aneesa explained. "Last week Sheikh Hamaad was explaining that The Messenger of Allah( Peace be upon him) would increase his efforts before Ramadaan. He would fast more. Saayidah Aisha (RA) said she never witnessed him fasting as much as he did in Shabaan in preparation for the month of Ramadaan and Sheikh quoted a hadith of Umme Salamah (RA) : That she did not see The Messenger of Allah( Sallalahu Alaihi wasallam) Fasting two consecutive months except for Sha'ban and Ramadan."

Farida diverted her attention only to dip another bhajia into the red chilli sauce and pop it into her mouth. Aneesa looked at the flowery plaque on the wall that read "Never trust a thin cook" and suppressed a smile.

"Sheikh explained just how valuable this month is," continued Aneesa gently pushing away the plate of tantalizingly hot bhajias, "That an obligatory or Fardh act in the month of Ramadaan has the reward of seventy such acts and a Nafl (Voluntary)act to gain closeness to Allah Ta'ala will get the reward of an obligatory, Fardh, act. So there's no time to waste in this month. He explained we have to make the best of every moment of this precious month"

"Eat, child!" said Farida, pushing the plate close to Aneesa, "You're so thin."

Aneesa eyed the bhajias and continued, "He even told us how the pious people would spend their Ramadaan. He gave us so many examples but I only remember the on about Sheikh Abdur Rahim (rahmatullahi alaihi), who would spend his entire day in the recitation of Quran, he would not even meet anyone and even reduced his meals to the bare minimum to save time in the month of Ramadaan. And about Imaam Shafie(rahmatullahi alaihi) who would complete a Quran every day and every night during this month, plus the one he would read in the Taraweeh salaah completing 61 Qurans for the month."

Farida let out a silent whistle, "That's a lot. But…what am I to do. I have to see to the boys, and we usually have so many visitors in Ramadaan."

"Just plan yourself," advised Aneesa, "You have prepared all this foodstuff so you can steal a little time to read a little Quran every morning, and when you get up for Sehri(pre dawn meal), then get up half an hour earlier and read Tahajjud  Salaah(late night prayer) – because duas at Tahajjud time are certainly accepted. And while you are busy in the kitchen then read Durood(send blessings) on The Messenger of Allah( Sallalahu Alaihi wasallam). And before Magrib Salaah (prayer after sunset)…"

"But that's the time I'm busy frying all the savouries and warming the food, and…" protested Farida.

"Just a few minutes before you break your fast, even five, sit down and make dua (pray) asking Allah Ta'ala for all your needs because Allah Ta'ala does not reject the dua of a fasting person at the time of breaking fast. If you plan yourself, you can achieve so much – you planned, and worked hard, and you managed to pack three freezers full of food – so you can do so much in Ramadaan if you plan your time."

Farida smiled broadly, looking at the freezers that bore testimony to her hard work.

"Just think if you read just five pages of Quran after every salaah you will complete the whole Quran in the month."

Farida shook her head in disbelief, "That's all?"

"You're a special girl, now eat something, or let me make you some tea?" looking at her niece intently, "You're so thin and we still have to find you a husband."