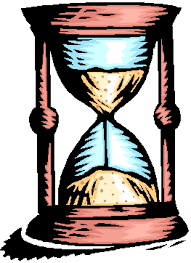 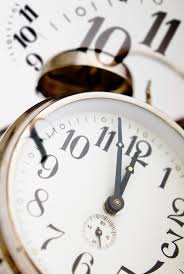 Take benefit of five before five

"Take benefit of five before five:

your youth before your old age,

your health before your sickness,

your wealth before your poverty,

your free-time before your preoccupation,

The importance of time!

MANY people forget or neglect the importance of time although man's life on earth is a span of time. Islam gives due attention to the issue of time because if people waste their time, they are actually wasting their life.

The Holy Qur'an gives due attention to the idea of time and this is clear in many verses of the Qur'an when Allah swears using the different places of times of the day to reveal the importance of time, "By the break of Day," (Qur'an, 1:89) "By (the Token of) Time (through the ages),' (Qur'an, 1:103) .etc.

There was research published in one of the magazines about how man spends his time. The research revealed that if man lives for 60 years, he spends one third of his life sleeping because man usually sleeps eight hours a day. Remaining years are spent in public transportation, watching TV, eating, in the bathroom.etc. This means that the larger part of man's life is spent in worldly matters. If a person

Karen Armstrong, refers to this aspect of time in Prophet Muhammad's (peace be upon him) life. She indicated that what the Prophet (peace be upon him) did in 23 years was miraculous and what he accomplished required thousands of philosophers, reformers, intellectuals and mentors to do in hundreds of years.

The Characteristics of Time

We are to bear in mind that time has certain characteristics, among of which are the following:

2.  Time that passes can never return, nor can it be compensated for, for time is irretrievable.

3.  Time is the most precious thing that man possesses.

The following are some of the most important duties demanded of Muslims:

4.  Learning from the passage of time

One of the methods of managing his time properly is for a Muslim to get up early and sleep early, for early hours always yield great blessings. Starting his day with prayer and the supplication of the morning brings the Muslim Allah's grace. A Muslim should always bear in mind that every time has its own task that suits it. Doing tasks in their due times brings about peace of mind and comfort. The most important aspect being gaining such knowledge of Islam that will enable and empower one to do such actions at a given time that pleases Allah abundantly! A Muslim is disciplined and uses every second constructively and productively!

Mu`adh ibn Jabal quotes the Prophet, peace and blessings be upon him, as saying: "A servant of Allah will remain standing on the Day of Resurrection until he is asked about four things: his life and how he spent it, his youth and how he used it up, his property and how he acquired and managed it and his knowledge and how he utilized it." [HADITH]
May Allah guide us to use our time correctly and beneficially!!!...Ameen
Posted by E ISLAM at 2:17 AM