What a Wonderful way of Greeting!!!

As-Salaamu Alaikum wa Rahmatullaahi wa Barakaatuh
[May Allah's Peace & Blessings be upon you]
What a Wonderful
way of Greeting!!!

Did you wake up this morning and say "As-Salaamu Alaikum" to your spouse or your child? Or did you greet them with a "Good Morning" or even a casual "hi" or "hello"?Have we been teaching our children the importance of greeting each other with salaam? Or when we see them off to school, do we send them off with a 'bye', instead of "As-Salaamu Alaikum", the dua for peace and blessings?
For some of us, this may seem a minor issue. Or it may even be a 'progressive' issue. But, in our haste to 'adapt', we forget that saying "As-Salaamu Alaikum" is the best greeting there could ever be.

This was the practice and teaching of Prophet Muhammad (Sal Allaahu Alaihi wa Sallam), the best example for mankind. And it was Allaah Himself that prescribed the manner of greeting among Muslims as "As-Salaamu Alaikum" [not 'salaams' or 'good morning' or 'hey' or 'hi' or whatever]
"When those who believe in Our Ayaat (proofs, verses, signs, etc.) come to you, say: "Salaamun Alaikum" (peace be on you)....." (Surah al-An'aam:54)
Ibn al-Qayyim says: "Allaah, the Sovereign, the Most Holy, the Peace, prescribed that the greeting among the people of Islam should be 'As-Salaamu Alaikum', which is better than all the greetings of other nations which include impossible ideas or lies, such as saying, 'May you live for a thousand years,' or things that are not accurate, such as 'An'im sabaahan (Good morning),' or actions that are not right, such as bowing in greeting. Thus the greeting of salaam is better than all of these, because it has the meaning of safety which is life, without which nothing else can be achieved...." (Badaa'i' al-Fawaa'id)


"As-Salaamu Alaikum" is the best Dua[prayer]
The word 'salaam' comes from the root 'salema', which implies to disassociate oneself from evil and harm. Thus, when we greet other Muslims, the greeting means: "No harm shall come to you from me (may no evil come to you, may no harm come to you)
And since As-Salaam is also one of the Beautiful Names of Allah, the greeting of salaam also means, "May the blessing of His Name descend upon you, may Allah be with you, may Allah guide and protect you."Subhaan Allah! What a beautiful greeting!
The Prophet (Sal Allaahu Alaihi wa Sallam) said: "The best of the two persons is the one who begins with salaam." (Related by an-Nawawi)
"And when you are greeted with a greeting, greet in return with what is better than it, or (at least) return it equally."(Qur'an, An-Nisa 4:86)


3. "As-Salaamu Alaikum" is a means of entering Jannah
The Prophet (Sal Allaahu Alaihi wa Sallam) said: "You will not enter Paradise until you believe, and you will not believe until you love one another. Shall I not tell you about something which, if you do it, you will love one another? Spread salaam (the greeting of peace) among you." (Muslim)


4. "As-Salaamu Alaikum" gets rid of sins
The Prophet (Sal Allaahu Alaihi wa Sallam) also said, "When two Muslims meet (give salaam), and shake hands, they are forgiven their sins before they part (with each other)." (Abu Dawud)


5. "As-Salaamu Alaikum" is the greeting of the people of Jannah
"Then, those that feared their Lord shall be driven in companies into Paradise. When they draw near its gates will be opened, and its keepers will say to them: "Salaamun 'Alaikum" (Peace be upon you), you have done well. Enter and live in it for ever." (Surah Zumar:73)


6. Even Allah says "As-Salaamu Alaikum"
Allah sends His Salaam upon the people who believe in Him, especially the prophets such as Nuh, Ibraheem, Ismaeel, Musa, etc.(Surah as- Saa ffaat) as well as other pious people.Jibreel came to house of the Prophet (sal Allahu alayhi wa sallam) and Khadeeja was there. Jibreel said: "Allah send s his salaam to Khadeeja." The Prophet (sal Allahu alayhi wa sallam) said: "O Khadeeja, Allah is sending His salaams to you." She said, "Allah is As-Salaam. And upon you O Jibreel, be as-salaam and upon you Rasulullah be as-salaam." [Bukhaari]

7.It is obligatory to return the greeting of "As-Salaamu Alaikum"
"The Muslim has five rights over his fellow-Muslim: he should return his salaams, visit him when he is sick, attend his funeral, accept his invitation, and pray for mercy for him [say "Yar ha'mu kallaah"] when he sneezes." (Bukhaari, Muslim)
We should say "As-Salaamu Alaikum" when we enter our homes
"When you enter houses, greet (with peace) one another with a salutation from Allah, blessed and good. As such Allah makes clear to you His verses so that you understand." (Surah an-Nur: 61)


8."As-Salaamu Alaikum" is also to be said at time of leaving
The Prophet (Sal Allaahu Alaihi wa Sallam) said: "When one of you joins a gathering, he should greet those present; and when he leaves them he should salute them, because the first salutation is not better than the last one." (Abu Dawud and Tirmidi)
WARNING
Abu Ayyub Al-Ansari (May Allah be pleased with him) said: The Messenger of Allah (PBUH) said, "It is not lawful for a Muslim to desert (stop talking to) his brother beyond three nights, the one turning one way and the other turning to the other way when they meet, the better of the two is one who is the first to greet the other.''[Al-Bukhari and Muslim].

Yet, it is utterly tragic to see that some of us have exchanged something so beautiful for something so mediocre, when we stopped saying Assalaamu Alaikum and started with 'Good Morning' or 'Hi'. It is especially sad to see some of our youth, who don't even know how to say the words clearly and properly. Some say ' Saa kum", some just mumble something incomprehensible under their breath and some don't even bother to say anything at all! And if they are being really nice to you, they just might throw you a 'hey' from afar. Even those of us who do say salaam, some of us are so stingy or hesitant in doing so. Although, at the time of the Prophet (Sal Allaahu Alaihi wa Sallam) the Sahaabah would compete with each other to see who could give salaams first. They would go to the market just to say salaam to people they knew and to the people they did not know.When it comes to the matters of Dunya[worldly], we strive our utmost to give our families and friends the best. Yet when it comes to greetings, we forget the most beautiful and comprehensive greeting "As-Salaamu Alaikum", which is also a prayer....a prayer of peace and blessing...of security and protection from all harm and all evil.....a blessing that Allah Himself send s down to His beloved servants......a greeting of the people of Jannah[paradise] itself.
Say "As-Salaamu Alaikum" and be wise
Don't be shy or afraid and compromise!
Insha Allah by greeting so in Jannah you will rise!
Say "As-Salaamu Alaikum" and greet in the best possible way
It will earn you reward and brighten your day
Insha Allah it will lead you to Jannah where happily you will stay! 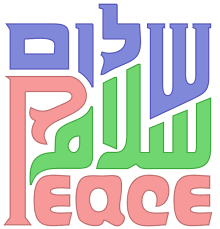