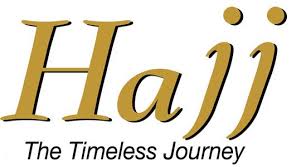 "And pilgrimage to the House is incumbent upon men for the sake of Allah,upon everyone who is able to undertake the journey to it – (3:96 Quran)

Hajj is one of the pillars in Islam and was commanded in 9A.H. It is the perfection of faith and true surrender to the Almighty. It is a stage in which man can develop himself spiritually. It is a time when the pilgrim forgets his own hearth and home, his comforts and amenities of life, his dear wives and children, his hard-earned wealth, his friends, relatives and everything he possesses, therefore leading to the conclusion that Hajj is the best training ground for absolute and complete surrender to the divine command.

Hajj teaches us complete submission to divine will, because one without sufficiently understanding the inner meaning of going round the ka'bah, kissing the black stone, running between safa and marwa and the throwing of stones at jamrat does these things in blind submission to divine order. Therefore, God becomes pleased with his servant saying:

"Without seeking any reason or order, he obeyed me."

Hajj is obligatory upon every understanding, mature Muslim who can afford to undertake the journey. (i.e. one who possesses wealth, which is excessive than one's need, and enough to travel to Makkah Mukarramah and back. He must also leave behind enough source for his family to live on.)

It is related by Ali

"Any one who God has given enough to perform the Haj, and he also has a conveyance which can take him to the House of God. If he still fails to do so then it does not matter whether he dies a Jew or Christian, and it is so because God has said: Pilgrimage to the House (of Allah) is a duty men owe to God – those who can afford the journey." Tirmizi

It has been stated in one hadith that one should perform Hajj as quickly as possibly. One does not know if he is to become ill, or if any necessities will arise. Therefore, when one has the intention and the means are also available it should not be delayed. If a person completes his pilgrimage in the right manner and completes it only for the sake of Allah then the Hajj can compensate for his every sin. This is shown in the following hadith related by Hazrat Abu Hurairah

that the Apostle of Allah

"Whoever performs the Hajj and commits no lustful act during it nor disobeys God (in any other way) shall return from it as pure and sinless as he was at the time of his birth." Bukhari & Muslim

We can understand from the hadith that if anyone performs the Hajj and during it, abstains from all lustful things and every other act of defiance to God which falls within the spheres of lewdness, his sins will be forgiven and he will return from it as spotless as he was when he had been born. This type of Hajj is called Hajj-e-Mabroor and if this is granted to him then he has obtained a great gift and favour in this world as well as the hereafter. Regarding Haj-e-Mabroor (accepted Haj), it has been reported as one the best of actions in Hadeeth.

, that the Apostle of God

"From one Umra to another (i.e. the two Umras) become an atonement for the sins committed during the period
intervening between them and the reward on Hajj-e-Mabroor (i.e. pure and untainted Haj) is paradise itself and
nothing less." Bukhari & Muslim

"Perform the Hajj and Umra again and again for both the Hajj and the Umra remove poverty and sins in the same way as the furnace removes the impurities of gold, silver and iron and there is no lesser recompense on a pure and sincere Haj than paradise". Tirmizi & Nasai

It shows us that whoever performs the Hajj and Umra with sincerity of the heart takes a dip, as it were, in Allah's river of mercy and as a consequence of it, the filthy effects of sins are washed away from him. Also, in the world, the favour of Allah upon him is that he is relieved of poverty and indigence and bestowed upon him is the tranquillity and prosperity of the heart and again the granting of paradise in return for a pure Hajj is the firm and positive promise of Allah.

Pilgrimage is performed in the sacred months of Shawwal, - and first 9 days of =. In these months, every one stops his hands from foul things of every description. The Qur'an says:

"Whoever determines the performance of pilgrimage therein, there shall be no amorous speech, no abusing and no disputing in Hajj." – 2:197 Q

By acting upon the above verse and leaving aside the petty jealousies and enmities of life, the pilgrim enters into a heavenly life wherein there is nothing but divine glory.

There are numerous Ahaadith in which the Prophet

has stated the virtues of a person who performs Hajj. In the following two Ahaadith, our beloved Prophet

explains to us, that the supplication of a pilgrim will surely be accepted. It is related on the authority of Hazrat Abu Hurairah

"Those who make the pilgrimage for the Hajj or Umra are the guests of God. The petitions they make will be granted and if they seek deliverance from sins, their sins will be forgiven." Ibn-Maja

It is related by Abdullah ibn Umar

"When you meet anyone who has performed Hajj, greet him, shake hands with him, and beseech him to pray for the forgiveness of your sins before he reaches his home, for he is in the state that decision of forgiveness has been taken for him (and it is confidently expected that his supplication will be accepted)." Musnad Ahmed

By reading the above Ahaadith we can understand that a pilgrim should always try to engage himself in supplication and take advantage of the invaluable favour that Allah has bestowed upon him. He should make special du'as for himself, his family, relatives, neighbours, the muslims of his locality, country and of the whole world, for his teachers, forefathers, and all those pious servants of Allah through whom he received this great gift of Imaan, especially the Prophet


When someone ses ot for Hajj or Umra and dies on the way they will be rewarded as those that have performed Hajj or Umrah.

It is reported by Hazrat Ayesha

that I asked permission of the prophet

to make Jihad. He said:

"Your Jihad is pilgrimage." Bukhari & Muslim

Starting from home, a pilgrim shall enter into Ihraam at least at Miqaat. When reaching Makkah, he shall make tawaaf seven times and saee between safa and marwa seven times. If the Ihraam ends there, he shall shave or cut the hair of his head. Then with a fresh Ihraam on the 8th or 9th Zil-Hijjah, he shall start for Arafat and reach there for waiting at noon. In the evening of the same day, he will return to Muzdalifah and spend the night there. In the early dawn of 10th Zil-Hijjah, he shall start for mina reaching there at noon and instantly proceed to throw stones at Jamrah Aqabah. Finishing there, he shall return to mina and after shaving shall offer animals for sacrifice. On the 11th and 12th of Zil-Hijjah, he will remain at mina throwing seven stones in the afternoon of each day in the jamrahs. Then he may remain at mina on the 13th or return to Mecca on the 12th evening. After returning, he shall proceed to make Tawaf and saee. When leaving, he shall make a final tawaf.

There are three ways to perform Hajj: -

(i) Ifraad: To reach Makkah Mukarramah in the state of Ihraam with the intention of Hajj only.

(ii) Qiraan: To combine the Haj with Umrah from the very beginning in such a way that when one puts on the Ihraam he should read 'Labbaik' for both, Hajj and Umrah, at the same time. A person with the intention of Qiran must stay in the state of Ihraam after performing Umrah until he fulfils all the essentials of Hajj.


Virtue of praying salaah in Masjid-e-Nabawi

The Mosque famous with its 'Qumbad-e-Khadhra' (green dome), is the Masjid the Holy Prophet

built soon after migrating to Madinah Munawwarah. This Masjid holds special value for salaah as mentioned in the hadith. Hazrat Anas Ibn Malik radiyallahu anhu has quoted the Holy Prophet

Note: The above calculation has been made like this:

May Allah Taa'laa fill our hearts with the light of Imaan and give us the true guidance to practice on His book and deen. Ameen)