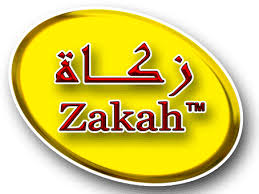 Zakah (alms) is one of the five pillars of Islam. Its importance can be realised from the fact that in 82 verses of the Qur'an Zakah is associated with prayer (Salah), such as:

Establish regular prayer and give Zakah; and obey Allah and His messenger.
Quran (33:33)

If social justice and compassion to fellow humans who are disadvantaged is one of the central themes in the message of Allah to humanity, then it is no wonder that Zakah, like prayer and fasting, was also enjoined upon the people of the past messengers:

And We made them (descendants of Abraham) leaders, guiding by Our command, and We sent them inspiration to do good deeds, to establish regular Prayers and to practise Zakah; and they constantly served Us.
Quran (21:73)

The Benefits of giving Zakah

Take alms from their wealth in order to purify them and sanctify them with it and pray for them.
Quran (9:103)

2. It keeps one away from sin and saves the giver from the moral ill arising from the love and greed of wealth.

3. Through Zakah, the poor are cared for, these include widows, orphans, the disabled, the needy and the destitute.

Zakah is the right of the poor

Zakah is not considered a favor that is given to the poor by the rich.  It is the right of the poor on the wealth of the rich.  Allah says:

Zakah, therefore, is unlike charity that is given to the needy voluntarily. Withholding Zakah is considered depriving the poor of their due share. Thus one who pays Zakah actually "purifies" his wealth by separating from it the portion that belongs to the poor.

What our beloved Messenger of Allah [Sallallaho alaihe wasallam ] said on Zakah:

2."If a man pays the Zakaat due on his property, it causes its evil influence to vanish".

3. "Protect your possessions by payment of Zakaat, treat your patients by giving Sadaqah and face the waves of affliction with supplications and crying unto Allah in humility".

Alqamah Radhiallaho anho says that when our group of people visited Rasulullah Sallallaho alaihe wasallam he said to them, "Verily you can make your Islam perfect by your payment of the Zakaat due on your property".

Rasulullah Sallallaho alaihe wasallam said, "he who observes three things will taste the sweetness of Imaan (faith): One who worships Allah alone and believes (from his heart) that there is no one to be worshipped but Allah and one who pays the Zakaat on his property, willingly, every year. In Zakaat on the animals, one should not give an aged animal or one suffering from itch or any other ailment, or an inferior one, but should give animals of average quality. Allah Ta'ala does not demand from you the best of your animals, nor does He command you to give animals of the worst quality".

Do I have to give Zakat?

Zakah is obligatory on one who has wealth that reaches or exceeds a certain level called the nisab. Unlike tax, however, Zakah is an act of worship for which one receives reward from Allah. Ignoring to pay Zakah, on the other hand, is a major sin. According to the scholars, anyone who does not pay Zakah by denying its obligation is considered a disbeliever.

How much do I have to give?

If you are in possession of money, gold, silver, stocks or shares that amount to more than the value of 85 grams of gold or 595 grams of Silver called nisab (at current market rates) then you are obliged to pay Zakah.

If you own this amount for a full lunar year then your Zakah is due at the last day of the 12 lunar months.